Who Is Sailbourne? (About Me) 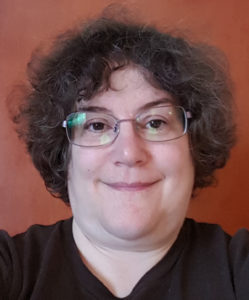 Building websites has been my passion since I built my first page in 1998.  Back then, I worked with plain vanilla HTML code in Notepad. (Some of the content on this very site goes back almost that far, though I’ve changed and updated a lot over time.)  I first started working with WordPress in 2005, building blogs and personal project sites.  Not long after that, I started helping friends and family with their sites.

I really found my calling as a web designer, though, in 2010.  A friend of a friend, a musician whose site had been hacked and put on the Google blacklist, called on me for help.  I got her back online and refreshed her site, and have helped keep it up and running ever since.

In 2017, I decided to make web design my full time career.  I’ve always been a storyteller — as a web designer, I can help you tell your story and get your voice out to the world.  The possibilities are endless and always exciting!

There’s only part of web design I like more than building a new site. That’s “website rehab” — renewing sites that are outdated, neglected or just in need of a little TLC.  It gives me genuine joy to bring an old, dead site back to life and make dusty old corners of the Internet places you want to go visit every day!

Sailbourne has been my principal Internet identity since my first AOL account (hey, we all gotta start somewhere!) back in 1995 or so. But it has in fact been one of my “alter egos” since 1988.  The second Star Wars RPG character I created was an elderly female Jedi named Dorian Sailbourne.  (I wanted something that would echo “Skywalker” but still be original.  “Dorian” comes from both a famous soap opera character and one from an obscure British science fiction show.)

© 2017 All Rights Reserved | Powered by Wordpress